Islamic jihadism and the issue of human resource

errorism is not a new threat to the Islamic Republic of Iran.
The roots of terrorism in the last decade have been predominantly religious with opposing Takfiri / Salafi / extremist groups. For many years, these groups in the region have tried to inter Iran in the fire of their sedition-burning terrorist acts, but their efforts have failed for two main reasons.

• First, confronting sedition in its infancy before reaching the borders of Iran was defined as Iran's strategy.

• • Second, these groups were more successful in areas in the Middle East where, first, the Shiite community was in the minority, and human resources were available to recruit.

• Third, these areas were almost countries where the central government lacked or lost the capacity to maintain order and security. In Iran's society, however, with the power of the central government and the majority of the Shiite population, there was a little playground for these takfiri groups, so their actions got reduced to a few cases of bombings and blind assassinations of citizens.

Now it seems the nature of the threats to the Iranian security environment has changed. This danger, which had manifested itself in the shape of separatism and ethnicity in the early years of the revolution, is now accompanied by strong racist roots in neighboring countries.

De-identification by institutions and individuals affiliated with the Iran government, cultural passivity against forgeries, and historical identity manipulations of foreigners could be considered as the most important reasons for this sedition. Today, the most radical and fascist type of these thoughts in Iran cannot be found in the deprived areas of the southeast or among the Sunnis in the western regions, but it's base is in one of the most developed and industrialized regions of the country, and among one of the traditional bases of the Shiite population in Iran.

Following the weakening of cultural, identity, and even religious ties between Iran and the Caucasus region in the two recent centuries since the separation of these regions from their mainland; This trend has intensified in recent decades. Among the aggravating factors, the widespread activities of Pan-Turkism, de-religionization, and falsification of history, inaction, and lack of attention of the Islamic Republic to this issue in the Caucasus and even the northeastern regions within its territory, can be noted. 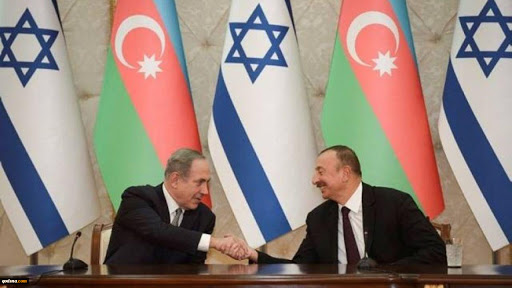 Azerbaijan is showed up greedy for Iran's maritime and land borders and strongly supports separatist activities inside Iran. The threat is increasing day by day due to the presence of a population of several million Azeri-speaking ethnic groups in Iran, among a group of whom separatist propaganda and falsification of historical identity have been widespread and credible.

The last decade was a decade of "proxy conquests" and the growing influence of Turkey and Recep Tayyip Erdogan throughout the Middle East and North Africa. From fanning the flames of Syria and encroaching on the Kurdish lands of this country, the continuous infiltration, and bombardment of the northern part of Iraqi Kurdistan to the direct activity behind the Libyan civil war.

The Nagorno-Karabakh conflict - amid a long-running dispute between Armenia and Azerbaijan - was the scene of Turkey's show of strength to other regional actors. These threats took on another aspect with the transfer of terrorists from northern Syria by Turkey through its territory to the Caucasus. 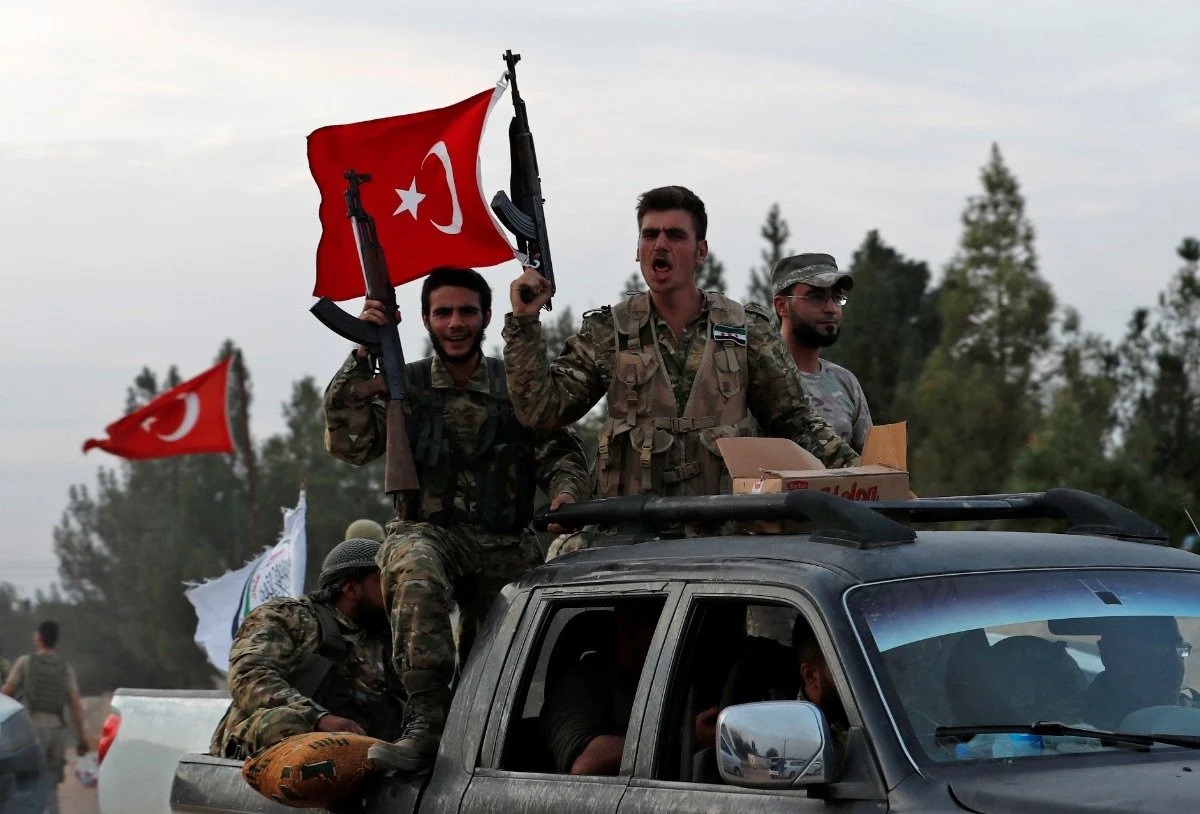 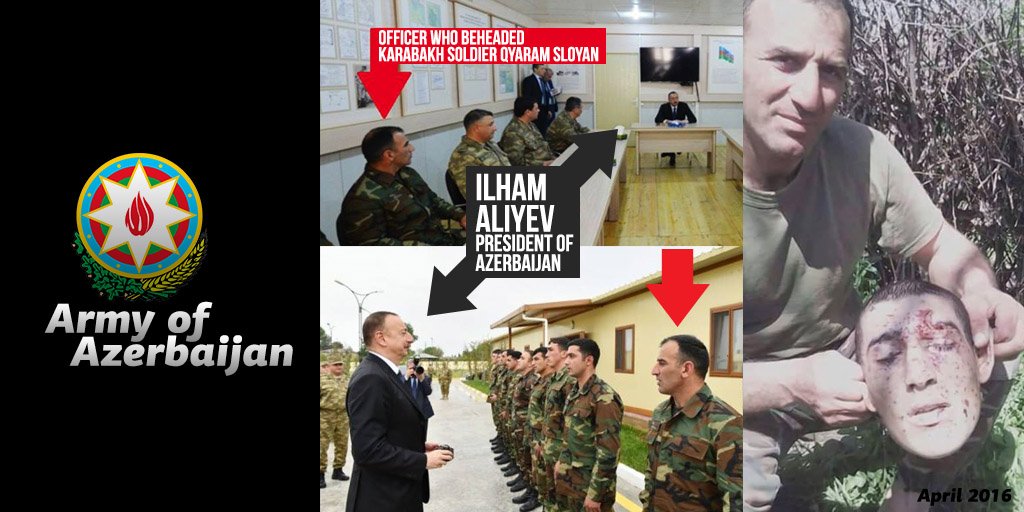 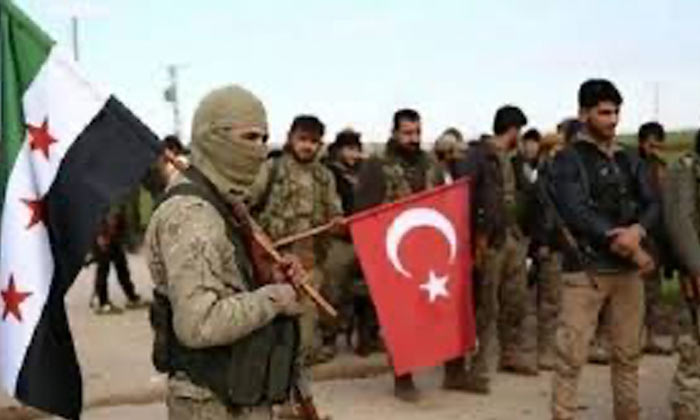 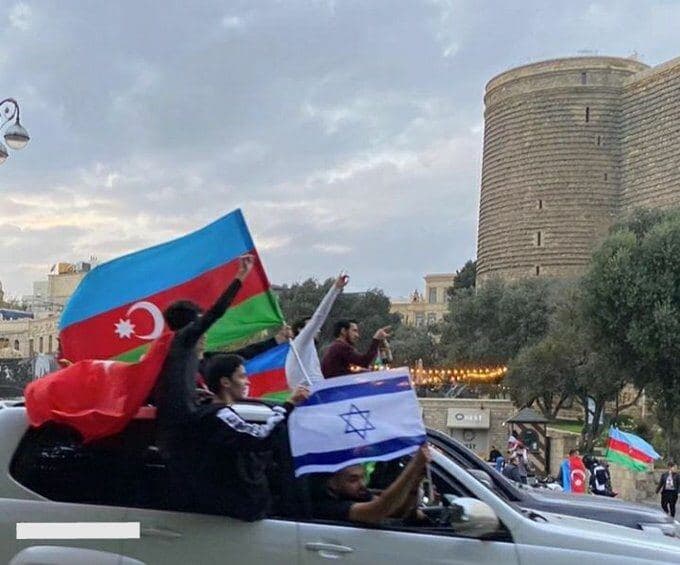 Results of creating a Turkish corridor for Iran's security environment:

With the humiliating defeat of Armenia by Azerbaijan, which led to the destruction of the Armenian army, Pashinyan provided significant Commitments and concessions to the Azeri side in an agreement. A substantial and controversial part of this agreement is the corridor that runs along the Aras River from Azerbaijan to Nakhchivan and Turkey through the territories under Armenian control. By taking over this corridor, the Islamic Republic of Iran will face serious dangers in many ways.

• First, for the first time, Turkey finds a direct land route to the South Caucasus and the shores of the Caspian Sea. This is going to put the Turkish government in a geopolitical advantage more than ever in all of modern Turkey history, and it is an important step towards achieving the old dream of Turkish lands.

• Second, given that Turkey and Azerbaijan both used to a considerable extent of combat capabilities of Syrian terrorist groups in this war, who had also gained valuable combat experience on the Syrian battlefields, this route Provides direct access for transfer jihadist forces and supplies from Idlib in northern Syria to the zero points of the Iran-South Caucasus border.

• Third, given the potential of separatist racist groups in the northwestern regions, especially East Azerbaijan, these forces will seek to shake hands on both sides of Aras and fulfill their dream of separating Iranian territory. Creating chaos and arming the operational nucleus of these forces inside Iran is one of the issues that is forecast to be seriously on the agenda. In fact, to date, several significant shipments of weapons of Turkish origin have been discovered and confiscated inside Iran.

• Fourth, Turkey is likely to turn the Nagorno-Karabakh conflict into another chessboard to advance its regional rivalry with Iran, which could pose security and military risks.

• Fifth, this corridor completely cuts off Iran's access to the South Caucasus; and completely dominates Iran's land borders with the region, weakening Iran geopolitically and puts Russia and other neighbors in relative geopolitical superiority over Iran.

• Sixth, this corridor poses economical risks for Iran. Redirecting the transit of goods, interrupting the transit to Nakhchivan from Iran, and changing the route of energy transmission highways are serious consequences of this issue. The Republic of Azerbaijan has always needed to pass through the transit route of Iran to access Nakhchivan and beyond that for land access to Turkey. In addition to its dependence on Iran, this issue also brought commercial benefits to Iran. This corridor creates a potential for a new energy highway in the Caucasus that will transport the energy resources of Azerbaijan and the Caspian Sea in a short distance without the need to cross the territory of Iran to Turkey and then to Europe. 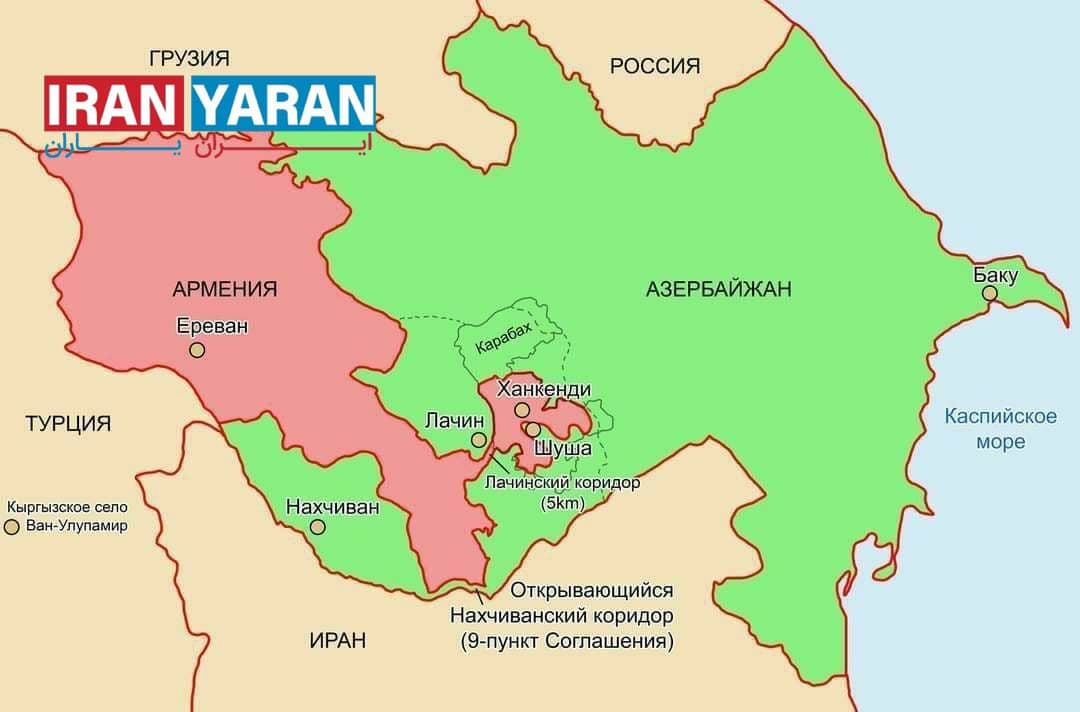 • Due to the existence of a relatively effective human capacity in the threat, the serious and reckless adoption of the zero-tolerance policy is recommended by the Islamic Republic of Iran, both internally and externally. This policy needs to be pursued simultaneously in the political and media fields, and especially in large-scale military operations. Not just a political operation, but a multidimensional / Hybrid combat operation in all of its forms should be pursued.

• Acceptance of any change in international borders in the political and military domain must be entirely out of the agenda.

• About the media and soft warfare, domestic and especially international justification for decisive military actions is crucial to be considered. So far, racist terrorist groups have repeatedly provided the necessary media feed by their crimes, and it needs to be Enlightened through extensive media maneuvers. The suspicion of Turkey and its aggressive policies elsewhere, among Western governments and nations, especially in Europe, is another that can be used.

• In the case of hard actions, these actions should be short, terminating, and terrifying. The Islamic Republic of Iran does not need multiple and scattered conflicts, or an erosive war on its borders. Therefore, as been mentioned above, to implement the zero-tolerance policy, these measures must be taken to action with the utmost determination, and with complete intelligence superiority.

• It is necessary to carry out extensive and continuous monitoring, surveillance and reconnaissance operations in all areas north of Aras, especially in the terrain of the corridor. Suppress any suspicious movement with the heaviest firepower, stifle any possible response with the most severe actions. If it is necessary to drop a 50 lb bomb from a UAV to eliminate a suspicious target, that target must get vanished by spending two 2000 lb bombs dropped from a fighter. If a small rocket can stop the terrorists on the border, heavy and powerful missiles must get used that project the seriousness and determination of the Islamic Republic of Iran in ensuring national security and the fight against terrorism. These measures should be such that if the other side retaliates by firing a mortar shell at a border checkpoint, then expects a government building in Baku to be burnt to ashes by ballistic and cruise missiles.