All Quiet on the Caucasus front 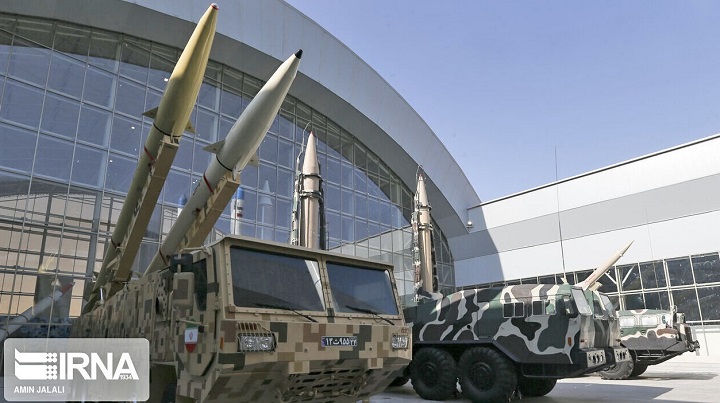 Major General Hossein Salami made the remarks on Sunday on the sidelines of the inauguration of the Permanent Exhibition of Achievements and Capabilities of the IRGC’s Aerospace Division in Tehran.

The Corps hailed the Zolfaqar-e Basir missile, with a range of more than 700 kilometers (434 miles) as its new-generation ballistic missile -- after predecessors Khalij-e Fars and Hormuz-- to be used against mobile seaborne targets.

The newest projectile is fitted with a warhead that is guided by an optical seeker head. The precursors to the naval military achievement could respectively fly as far as 300 and 250 kilometers (186 and 155 miles).

The Corps has previously deployed the missile against overseas targets such as gatherings of the terror group Daesh as well as the US’s Ain al-Assad Airbase located in western Iraq. The latter operation was conducted in January after a US drone strike assassinated Lieutenant General Qassem Soleimani, former commander of the IRGC’s Quds Force, in Baghdad.

“We have [well] understood the equations governing independence and esteem, and will never stop manufacturing power,” General Salami said during the inauguration ceremony, which was also attended by the Aerospace Division’s Commander Brigadier General Amir Ali Hajizadeh and Majlis (Parliament) Speaker Mohammad-Baqer Qalibaf.

The exhibition featured a comprehensive display of Iran’s deterrence power, Salami said. “The war underway today is one of willpower. The Iranian nation continues down this path with conviction by clearly recognizing its way forward.”

The commander also boasted that many of the achievements exhibited on the premises had been attained under sanctions, saying this indicated Iran has managed to turn the illegal bans into “an opportunity for expeditious advancement in the defensive areas.”

The exhibition also demonstrated the IRGC’s other capabilities in the areas of missiles, UAVs, satellites, defense systems, reconnaissance apparatuses, and electronic warfare, as well as some of the invading drones that have been successfully shot down by the Corps in the past, including American and Israeli ones.