ran’s defense minister has said that the country eyes arms sales as UN sanctions on the Islamic Republic expire in October.

Speaking to Tehran-based 'Iran' newspaper in an interview published Saturday, Brigadier General Amir Hatami said the Islamic Republic is among the handful of countries which can indigenously manufacture more than 90 percent of its military needs.

“We will surely be able to export more military equipment than we need to import,” he said.

“Therefore, we will surely use our legal right [to sell arms] in dealing with our allies once the restrictions are lifted,” he said.

The arms restrictions are to be lifted as part of Security Council Resolution 2231, which has endorsed the 2015 multilateral nuclear deal.

The US led a failed a bid to extend the arms restriction on Iran in August. Iran has faced widespread economic sanctions and arms bans ever since it overthrew the country’s US-backed regime during the Islamic Revolution in 1979.

In the midst of Iraq’s 1980-1988 invasion of Iran and the country’s lack of crucial military equipment, the defense industry was one of the first and most critically targeted sectors by the bans.

Despite being heavily impaired by the absence of US assistance and equipment - which formed the backbone of Iran’s pre-revolutionary armed forces - Iran’s defense industries were quick to adapt and begin local production of defense-related needs.

The country has consequently managed to produce a wide array of hardware over the years, including its own tanks, armored personnel carriers, missiles, radars, boats, submarines, unmanned aerial vehicles, and fighter planes. Hatami elaborated on some of the defense ministry’s latest achievements.

The minister said Iran is currently focusing on increasing the quantity and quality of its missiles, “specifically their maneuverability and variety, in a way that can surprise enemy air defenses”.

Speaking about Iran’s newly-delivered Kowsar fighter jet, the defense minister said despite similarities in appearance to the F-5 fighter plane, Kowsar is a completely indigenously-designed and upgraded plane.

“Its main difference compared to the F-5 is in its optical and navigation systems which puts it on par with more advanced fighter plane generations,” he said. Resistance Axis immune to sanctions’

Hatami added that sanctions have so far had minimal negative effects on countries and groups allied with Iran as part of the so-called “Resistance Axis” formed against foreign and Zionist intervention in the region.

He added that this was due to efforts seeking to make all resistance groups self-reliant and independent amid “the boundless aggression of arrogant powers”.

“This was the enemy’s botched analysis that it thought that the Resistance Axis will be weakened by imposing sanctions on Iran.”

In separate reports, Iranian media on Saturday cited Hatami saying the country has produced more than 38,000 military-grade gear parts as part of the ministry’s pioneering push towards industry indigenization.

Hatami added that “the enemies of the Islamic Republic of Iran have made many attempts to weaken Iran, one of which is by forcing our factories to shut down” by seeking to restrict Iran’s access to spare parts on the international market.

“One of the initiatives which has been vigorously pursued is the production of spare parts for various civil industries,” the minister said.

Making the remarks on the sidelines of an exhibition showcasing thousands of gear parts produced by the ministry, Hatami said the defense sector "has been a pioneering force in this regard since it faced sanctions earlier than other sectors”.

Elaborating on some of the economic assistance provided by the ministry, Hatami said more than $200 million is being salvaged each year by producing more than 4,000 items needed in the metallic and non-metallic material sector.

He also added that a naval gearbox had also been unveiled during the exhibition.

“It will bring us one step closer to our objectives,” the minister said.

Amid US attempts to impose crippling sanctions on Iran’s economy, the defense ministry has sought to assist the country’s economic needs, notably in the production of critical industrial equipment such as in the automobile industry. With the onset of the COVID-19 outbreak in Iran and facing US sanctions, the defense sector also stepped in to provide assistance producing medical masks, ventilators, tests kits and other material needed to fight the pandemic. 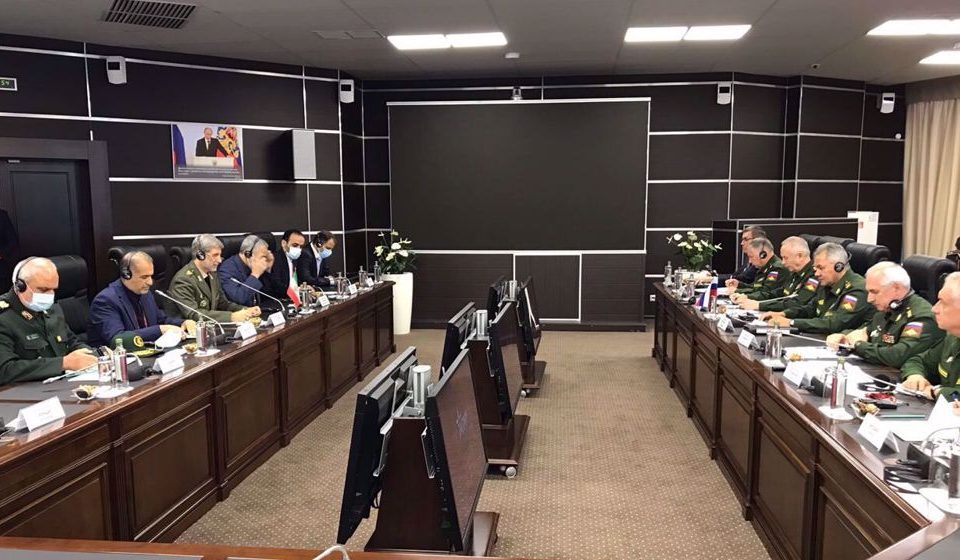