Iran to US: We will brook no harassment of our oil tankers in intl. waters 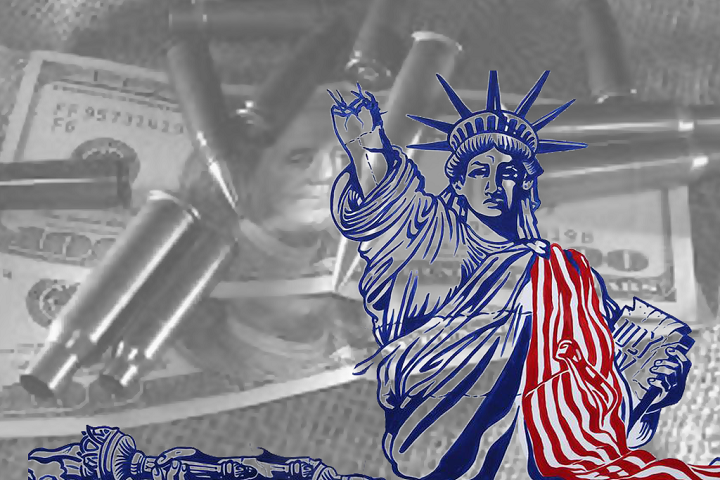 n recent months, the United States has been involved in a media circus and a lot of politicking over the expiry in October of a United Nations (UN) arms embargo against Iran, attempting to rally support behind a long-term extension of the ban. As the expiry date draws near, Washington is stepping up its media campaign and its political push on the ground — spearheaded by US Secretary of State Mike Pompeo — to block the world body from lifting the embargo. In the latest such attempt, the top American diplomat went even as far as announcing that his country was still a member of the 2015 nuclear deal between Iran and major world states — two years after ditching it — so Washington could resort to a provision set out in the multinational accord and trigger what is called a snapback of all UN sanctions against the Islamic Republic!

When the arms embargo is lifted, Iran will be able to both buy weapons and export its own military products. The Islamic Republic is expected to make a fortune in the global market given its remarkable achievements in the defense industry as well as the lower prices of its products compared to American, European, and even Russian models. Iran is predicted to see a jump in military sales when the ban officially comes to an end, a prospect that will increase the country’s non-oil revenues, which are likely to help cover costs of importing the necessary military hardware.

Among the Iranian products that have a potential to create a competition in the market — thanks to their high level of technology and reasonable prices — are lightweight medium-altitude long-endurance (MALE) drones, anti-tank guided missiles (ATGMs), artillery rockets of different ranges and calibers, light and medium weight weaponry and related ammunition, tactical armored vehicles and MRAPs (shorthand for mine resistant ambush protected vehicles), electro-optical and surveillance equipment in addition to radar and air defense systems.

When it comes to imports, Iran’s possible list of purchases is unlikely to include warships given the fact that high-tonnage destroyers and battleships are not a priority for the country, which has instead an extensive domestic agenda to develop corvettes and frigates.

In the field of hardware designed for ground forces, Iran has a wide array of armaments to offer for sale. Tanks are not likely to be on its future list of imports since the country has already developed notable technical capabilities of its own, as reflected in Karrar and Zulfiqar battle tanks. The Islamic Republic thus seems unlikely to go for mass purchases of foreign military products, but it is possible for the country to join projects to build or provide certain sub-systems.

In the area of radars and air defense systems, Iran has likewise recorded a host of impressive achievements, some of which have had a successful operational evaluation. Among the products is the state-of-the-art long-range Bavar-373 missile defense system, which enjoys remarkable features compared to foreign models. In fact, the main part of Iran’s imports are expected to include Air Force-related systems as the country is not yet capable of meeting all the requirements in this sphere; therefore, fighter jets — including wide-body airlift cargo planes, airborne early warning aircrafts and refueling jets — are likely to top Tehran’s purchase list. Although Russia has offered Iran multirole MiG-35 warplanes, the Islamic Republic — which has experience with MiG-29s — has an eye on Flanker-class fighter jets that better fit its operational needs, particularly Sukhoi-30s and Sukhoi-35s. Furthermore, there has been news of a Chinese offer for Iran to buy Chengdu J-10C fighters, which have a good chance of being included in Iran’s list of items to be purchased. Iran, meanwhile, seems to be interested in procuring fifth-generation fighter jets such as a squadron of Sukhoi-57 or J-20s, but there is a less possibility for Iran to go for such an expensive purchase because of the country’s financial limitations.

But why is America struggling that hard to secure an extension of the UN arms embargo on Iran? Notwithstanding the fact that the acquisition of advanced warfare systems could, to some extent, affect the balance of power between Iran and its adversaries in the region, this scenario — which could see Tehran buy conventional military equipment such as 100 Sukhoi-35 aircrafts — would not bring about major changes to the equations of an all-out war between Iran and the United States, and would only increase risks of the outbreak of a toral war between the two sides.

Such an altercation of the balance of power in favor of the Islamic Republic cannot be the only reason behind the latest media frenzy stirred up by the US and the other political measures Washington has been taking to prevent the removal of the UN arms embargo. In fact, the hidden reason for America’s dramatic actions is that a removal of the ban will end Iran’s economic isolation from the world market and lead to the normalization of inking large business deals in general with Tehran. The military deals in the post-embargo era could be worth billions of dollars. Such large financial and trade dealings between Iran and other states will, on the one hand, break America’s economic siege of the Islamic Republic and, on the other hand, set the stage for other trade mechanisms that Iran has so far used or will use in the future — such as oil swaps — to pay for its purchases to turn into a successful model for future non-military agreements involving Iran and other world countries. Such a scenario could sharply sideline the US bans and ultimately lead to the collapse of the entire American sanctions regime targeting the Iranian nation.

The US secretary of state is therefore fearfully witnessing his country’s hostile blockade of Iran cracking apart, and that is why the hawkish official is going out of his way to keep the embargo in place with the aim of preventing the Islamic Republic from building up its strength and breaking free from the American siege. 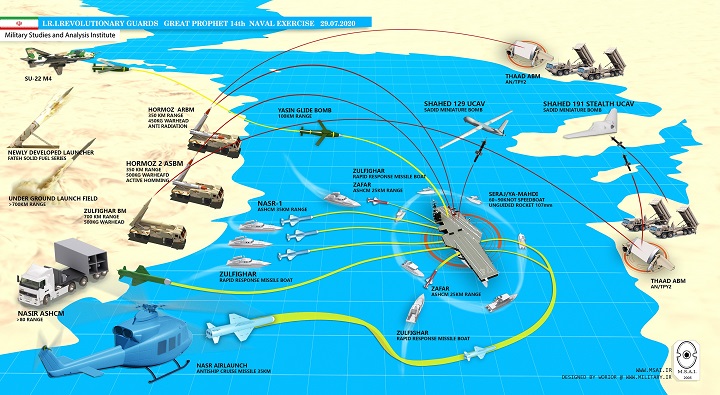