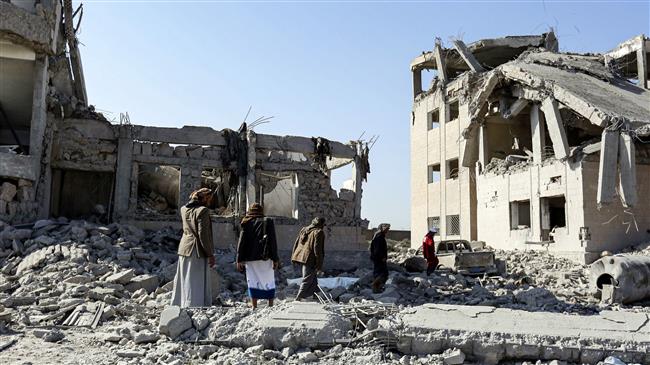 he Yemeni army says the Saudi-led coalition has carried out nearly 300 air strikes across the country over the past week.

Brigadier General Yahya Saree, the spokesman for Yemen’s Armed Forces, made the announcement on Tuesday, saying that the air raids were conducted on a number of governorates — among them Bayda, Ma'rib and Sana’a — and resulted in the killing of civilians.

Saree also warned that the escalation would not go unanswered.

“The dangerous escalation of aggression will not pass without an appropriate response, and it is our duty to defend our people and our country," the Arabic-language al-Masirah television network quoted him as saying. Saudi Arabia and a number of its regional allies launched the devastating war on Yemen in March 2015 in order to crush the Ansarullah mvement.

The US-based Armed Conflict Location and Event Data Project (ACLED), a nonprofit conflict-research organization, estimates that the war has claimed more than 100,000 lives over the past five years. Saudi Arabia and the United Arab Emirates have purchased billions of dollars' worth of weapons from the United States, France and the United Kingdom in their war on Yemen.

Riyadh and its allies have been widely criticized for the high civilian death toll resulted from their bombing campaign in Yemen.