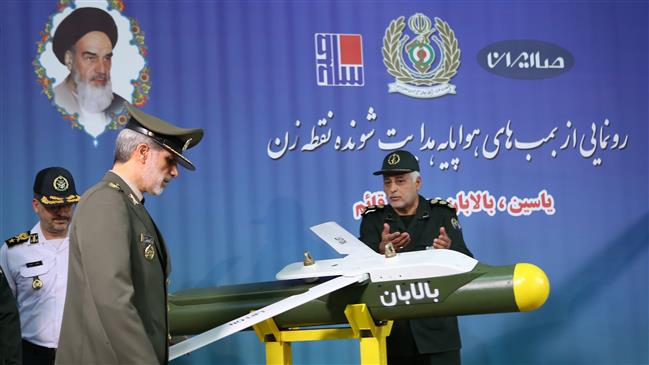 efense Minister Brigadier General Amir Hatami says Iran is planning to increase the explosive power of its missile warheads and boost their speed.

The work includes "increasing the explosive power of warheads by enhancing their payload", he said. "There are also very good research programs on their speed, maneuverability and agility," Hatami added.

Cruise missiles, he said, will become more responsive and capable of being deployed while on the move.

He touched on the unveiling of Khordad 15 air defense system and the production of precise and tactical missiles as "turning point" in Iran's missile capabilities.

The locally-made Khordad 15 was used in Iran's downing of a sophisticated Global Hawk surveillance drone after the US aircraft violated Iran's airspace over the southern province of Hormozgan in June last year.

The strike came in retaliation for Washington's assassination of Iran's prominent anti-terror commander Lieutenant General Qassem Soleimani upon his arrival in the Iraqi capital at the invitation of the Baghdad government.

US forces initially reported no casualties, but later it emerged that at least 110 soldiers had sustained traumatic brain injuries (TBIs).

Hatami said the response bore tactical importance as it was the first attack on a US base in Iraq and restored Iran's deterrence power.

Gen. Soleimani's assassination "had no operational value, but the objective of the enemies was to challenge the might of the Islamic Republic of Iran," he said.

Iran has, on many occasions, said its missile serve self-defense purposes. In November, a Pentagon research study hailed Iran’s achievements in its ballistic missiles program despite decades of sanctions.