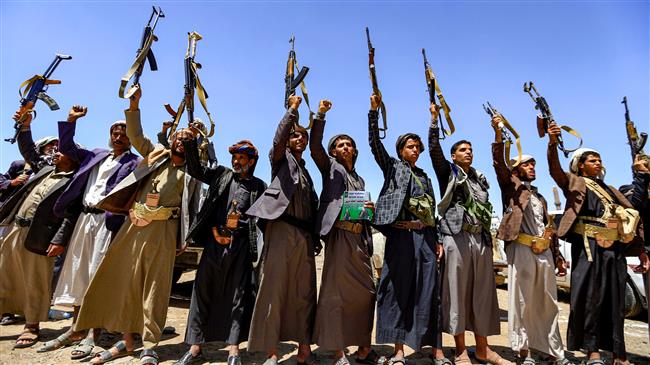 Local sources, requesting not to be named, said Yemeni troops and their allies established full control over Kofel camp in the Sirwah district, which lies about 120 kilometers east of the capital Sana’a, on Tuesday morning after Hadi loyalist fled the area in the wake of the former’s multi-pronged operation, Arabic-language al-Khabar al-Yemeni news website reported.

Saree said a squadron of Saudi-led fighter jets sought to bombard areas in the Sirwah district early on Tuesday, when the domestically-built and long-range Fater-1 (Innovator-1) surface-to-air missile defense system intercepted the jets and forced them off Yemeni airspace. The high-ranking Yemeni military official noted that the aircraft left the area without carrying out any act of aggression.

The development came only a day after Fater-1 missile defense system foiled an airstrike by a squadron of Saudi F-15 fighter jets against areas in the in the northern Yemeni province of al-Jawf, located approximately 110 kilometers (68 miles) north of Sana'a.

Yemeni army air defenses had intercepted two Saudi-led F-16 warplanes in the skies of Jawf two days earlier, deterring the aircraft from carrying out any act of aggression.

The systems have entered service following successful tests, the official announced at the time.

Saudi Arabia and a number of its regional allies launched the devastating campaign against Yemen in March 2015, with the goal of bringing back to power a former Riyadh-backed government and crushing the Ansarullah movement.

The US-based Armed Conflict Location and Event Data Project (ACLED), a nonprofit conflict-research organization, estimates that the war has claimed more than 100,000 lives over the past nearly five years.

The Saudi-led coalition has been widely criticized for the high civilian death toll from its bombing campaign. The alliance has carried out more than 20,650 air raids in Yemen, according to the data collected by the Yemen Data Project.