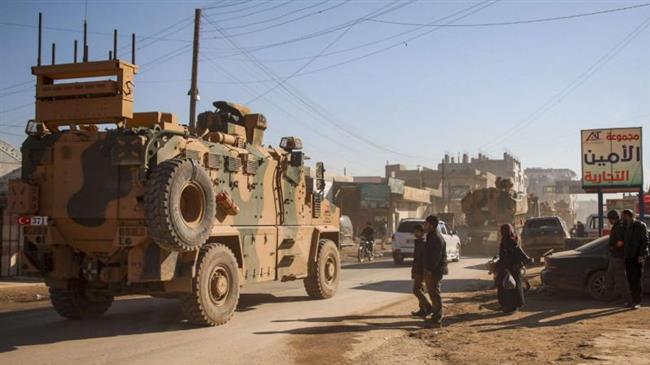 senior Russian lawmaker has warned that a full-scale Turkish operation in Syria will end badly for Ankara after Russia's Defense Ministry said Turkish soldiers killed in Syria were targeted after being deployed alongside terrorists.

Early on Friday 34 Turkish soldiers were killed in the province. A statement issued by Russia’s Defense Ministry said the Turkish troops had been deployed alongside terrorists and that Turkey had failed to notify Moscow of their presence despite being in regular communication with the Russian military.

The Turkish troops "shouldn't have been there", it added.

The statement stressed that the Turkish fatalities had been solely due to Syrian artillery fire and that Russian aircraft had not carried out any airstrikes at the time.

It added that after being informed of the Turkish presence in the area, Moscow did everything it could to ensure that Syrian forces stopped shelling in order to allow Turkey to evacuate dead and injured troops.

The ongoing Syrian government offensive in Idlib was launched in August last year after terrorists failed to honor the Sochi de-escalation zone agreement brokered between Russian and Turkey in September 2018.

The deadly attack on Turkish forces, however, comes as Ankara has begun directly intervening against Syrian forces as part of a bid to help terrorist groups halt Damascus' advances in Idlib.

On Thursday, state news agency Anadolu published images of Turkish airstrikes on Syrian troops, claiming that 1,709 Syrian targets had been attacked within the last 17 days of Ankara’s stepped-up military campaign in the province.

In another development on Thursday, Russian and Syrian media outlets reported that Turkish military forces have been firing shoulder-fired missiles towards Syrian and Russian military aircraft providing air cover for Syria's anti-terrorist operations.

Seeking to address the heightening tensions, Russia announced the deployment of two warships off the Syrian coast on Friday.

The vessels had earlier left the port of Sevastopol on the peninsula of Crimea, which Russia annexed from Ukraine in 2014, and were transiting the Bosphorus and then the Dardanelles straits.

"The conversation was detailed and devoted to the necessity to do everything," Lavrov told reporters at a news conference in Moscow. "There is always room for dialogue," he added.

Lavrov said that the two countries were ready to continue coordination in the province.

The comments come as the US-led North Atlantic Treaty Organization (NATO) is set to hold urgent talks regarding Syria later in the day after a request by Turkey.

Ankara has also called for the imposition of a no-fly zone over Idlib and announced that it will no longer stop Syrian refugees from reaching Europe on Friday.

Turkey has repeatedly raised the prospects of loosening border controls on immigrants seeking to enter Europe when asking for incentives from European states.