The Navy, a contributor to growth and development of advanced industries 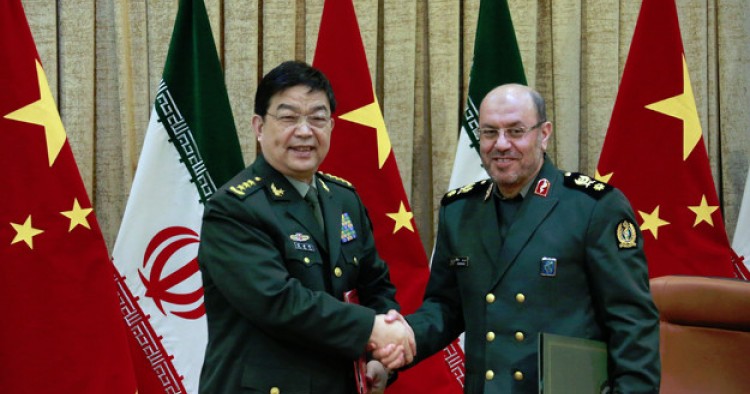 efense diplomacy — as a deep-rooted concept — refers to the mobilization of all domestic forces towards the promotion of international relations in the sphere of defense. The concept originated in various reappraisals by military men at Western think tanks, led by the British Defense Ministry, in the post-Cold War era. This principle of international politics was meant to help armies of the NATO military alliance “come to terms with the new international security environment.” * Despite the roots of this concept, the defense-related activities of Western countries as political units never remained limited to within their geographical borders. Today, there is no broad definition of defense diplomacy available, but the concept could be described as a peaceful means to positively impact bilateral and multilateral relations among political units while making use of military resources (as some of the most important resources of any country). With this definition before us, “military diplomacy” — as a subcategory of defense diplomacy — solely refers to the diplomatic role of military attachés, excluding military activities. This type of diplomacy features bilateral or multilateral visits by the three units of each country’s armed forces, interactions at higher levels (involving defense ministers or other high-ranking military officials), joint training programs and military maneuvers at various scales. Such interactivities help create joint security infrastructure and boost self-confidence among the participants, among other benefits.

Addressing the 6th edition of Indian Ocean Naval Symposium (IONS) held in Tehran in April 2018, Iran’s Navy Commander Rear Admiral Hossein Khanzadi highlighted the great global significance of the strategic waters, through which one-third of the world’s bulk cargo and around two-thirds of global oil shipments pass. The navy chief said West Asia, with Iran and the Persian Gulf standing at the center, is home to about 70 percent of the world’s energy resources. He said some 17 million barrels of crude oil are shipped per day through the Strait of Hormuz before entering the Indian Ocean. That is why the ocean, especially its northern section, has the potential to serve as a stage for the emergence of a unique power if it acts in a unified manner. This promoted Iran to plan and hold unprecedented joint military drills with Russia and China in late 2019.

The war games could be looked at from a historical viewpoint shaped in the region over that past four decades following the 1979 Islamic Revolution in Iran. All the three countries share opposition to the United States’ regional and trans-regional policies, which they believe put restraints on their legitimate power. Meanwhile, each of the three nations pursues a separate goal of its own in joining such military exercises.

China’s young Navy is rushing to promote its military hardware with the goal of establishing a more effective presence in the coasts off the mainland in the Pacific Ocean. In addition to competing with the American navy, Beijing is also keeping an eye on the activities of India, its old-time rival. Likewise, the Russian navy has, from the era of Peter the Great, been dreaming of gaining a foothold in the Earth’s warm waters beyond the Black Sea. By deploying heavy warships to the northern part of the Indian Ocean, Moscow is seeking to flex its muscles and send a warning to the American navy’s Fifth Fleet, which is based in the Persian Gulf kingdom of Bahrain.

The case of Iran, which constitutes the third side of the triangle, is totally different. In the face of America’s diplomacy of force, the Islamic Republic can get assistance from a structuralist approach by joining “coalitions” and “alliances.” Such a tactic is among the most popular and the most practical strategies that guarantee peace and security in the contemporary world. Iran is thus aiming to put on display an active model of defense diplomacy in an effort to lay the foundation for lasting national security and enhance its defense-security agenda. Moreover, Iran’s geopolitical and geoeconomic realities make it impossible for the country to access regional coalitions active in different fields of activity without maintaining regular relations with power bases of the world. Given Iran’s problems with the West over its nuclear program, the best choice seems to be stepping up military cooperation at various levels with China and Russia.

Taking military ties into consideration, the recent war games involving the eastern triangle in the northern part of the Indian Ocean — which is constantly under watch by the US Navy’s Fifth Fleet — definitely sends an important message to the US. The fact that two of the participants are among the permanent members of the UN Security Council helps the message to better get through.

In the area of military technology, the recent drills provided Iran with an opportunity to get to know Russian and Chinese pieces of military hardware besides their points of strength and weaknesses in action. This paves the way for the country’s senior military decision makers to work towards strengthening Iran’s defense and combat capabilities at sea when the arms embargo on the Islamic Republic comes to an end.

When it comes to the geostrategy arena, the trio’s future cooperation could create a naval security belt in the northern part of the Indian Ocean to serve as a safe shipping lane for the commercial vessels of Iran, Russian and China, which all face threats of sanctions from the US, especially at a time when there is talk of harsher bans on Russia and a trade war between Washington and Beijing is escalating.