Ayatollah Khamenei: Trump deal to die sooner than Trump himself

Iranian made radars : Revelation of the Beasts

Ayatollah Khamenei: Trump deal to die sooner than Trump himself

eader of the Islamic Revolution Ayatollah Seyyed Ali Khamenei says Donald Trump’s pro-occupation plan for ending the Palestinian-Israeli conflict will suffer demise even before the US president himself.

Ayatollah Khamenei made the remarks on Wednesday in an address to a group of Iranians hailing from various walks of life in Tehran on Wednesday, a week after Trump unveiled the controversial scheme, which he calls the “deal of the century.”

The Leader said, “The Americans are taking comfort in the belief that choosing a big name for the plot against the Palestinian nation will help it to succeed.” This is while this “foolish and evil” scheme “has been working to their own detriment from the very beginning.”

The Leader emphasized that the plan is doomed to die even before Trump’s own death, adding that Washington’s push “will definitely end in failure.”

Ayatollah Khamenei further downplayed the warm reception of the plot by some “perfidious” Arab rulers, who are unpopular at home and have lost face among their own peoples, adding that such a show of support does not bear any significance.

‘Making a deal over what is not yours?’

“The Americans have made a deal with the Zionists over something that is not theirs [to give away in the first place]. Palestine belongs to Palestinians, and making decisions concerning it is exclusive to them,” the Leader stated.

Referring to Washington and Tel Aviv, the Leader said, “Who are you to make decisions for other people's lands and homes? This indicates your evilness, cunning, and malevolent nature.”

Ayatollah Khamenei reassured that Trump’s scheme contrarily does Washington disservice and serves instead to revive the issue of Palestine, the Leader said.

The Leader said the world’s arrogant powers will, however, attempt to push the plan through by relying on force and money, and that the Palestinian nation and all Palestinian factions and organizations should dedicate themselves to resisting America and Israel. The entire Muslim world should in turn back up that struggle, Ayatollah Khamenei said.

The Leader said the geographical expanse of resistance is increasingly widening in the West Asia region.

Ayatollah Khamenei said armed Palestinian resistance organizations will keep up their struggle and that the Islamic Republic considers it an obligation to support those groups “and will thus support them in whatever manner and to whatever extent it can.”

‘Referendum only path to peace’

The Leader said the solution to the Palestinian issue is to hold a referendum in which people of Palestinian origin and of any faith — whether Muslim, Christian, or Jewish — would take part and declare their view about all Palestinian lands.

The Leader’s speech coincided with the fourth day of the Decade of Dawn. The annual celebrations commemorate the ten-day period in 1979 that began with the late founder of the Islamic Republic, Imam Khomeini’s return from exile to Iran and culminated in the Islamic Revolution against the US-backed Pahlavi regime.

Ayatollah Khamenei stressed the need for the Iranian nation’s turnout in both the celebratory marches that will come on the Revolution’s 41st anniversary and the upcoming parliamentary elections that have been scheduled for February 21 as “two big tests facing the great Iranian people.”

The Leader said that by staging the Revolution, the Iranians managed to upend the foundation of thousands of years of absolute monarchical rule over the country with Imam Khomeini’s guidance.

Ayatollah Khamenei also described the elections as the country’s “most essential issue” given its contribution to the appointment of worthy decision makers.

“If a general election takes place powerfully and correctly, all the existing problems will gradually be resolved,” Ayatollah Khamenei said.

That Iran has regularly held various elections since the Islamic Revolution in 1979 is a sign of how the Iranian establishment has been firmly reliant on people’s votes, the Leader said.

“Of course, the Islamic establishment is religious as well, and that is why democracy in Iran is ‘Islamic democracy,’” Ayatollah Khamenei said.

The Leader said elections in Iran are among the world’s soundest, and urged all people to take part in the upcoming parliamentary polls.

“Anyone who takes interest in the country, its security, the resolution of its problems, and the healthy turnover of elites should partake in the polls,” Ayatollah Khamenei remarked.

The Leader said polls in Iran are a “threat to the enemies.”

“A lively vote and people’s all-out turnout at the ballot boxes will guarantee the country’s security because enemies fear the establishment’s popular support more than its armaments,” the Leader said.

Ayatollah Khamenei recalled how some foreign media outlets had tried to downplay the Iranians’ millions-strong presence on nationally-important occasions, while at the same time hyping up the foreign-backed riots by a few hundred people.

The Leader invited the people to make a similarly huge presence in the Islamic Revolution’s upcoming anniversary rallies, especially considering its coincidence with the 40th-day memorial for Lieutenant General Qassem Soleimani, the former commander of the Quds Force of Iran’s Islamic Revolution Guards Corps (IRGC), who was assassinated together with his comrades in a US drone strike in Baghdad in early January. 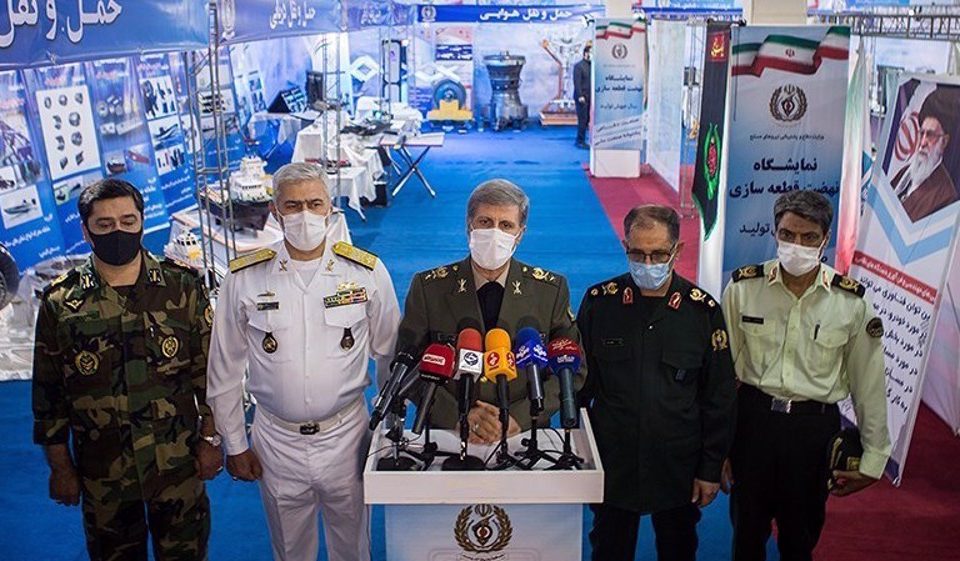