Iran’s strikes on US bases a ‘very impressive’ display of missile capability: Analyst 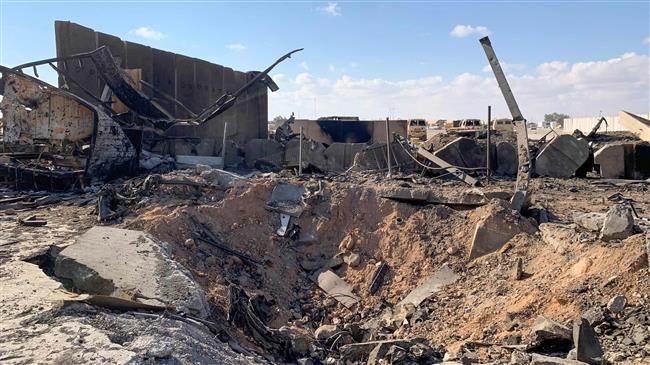 
obert Inlakesh is a journalist, writer and political analyst, who has lived in and reported from the occupied Palestinian West Bank. He has written for publications such as Mint Press, Mondoweiss, MEMO, and various other outlets. He specializes in analysis of the Middle East, in particular Palestine-Israel. He also works for Press TV as a European correspondent.

During the early morning hours of January 8, 2020, Iranian strategic missile units launched a precision attack, branded ‘Operation Martyr Soleimani’, against US forces at the American-operated section of the ‘Ain al-Asad’ air base in Iraq.

With US forces already having been in a heightened state of alert, American radar and satellite reconnaissance would have spotted the attack within a minute of it being launched (and a six hour pre-warning of an imminent attack before that), giving the US and other coalition troops present at the base time to seek cover in hardened shelter areas. This, however, did not prevent the success of the attack which, according to primary source evidence, destroyed highly-expensive US aviation assets.

According to the evidence that has been made available to us at this point, it is obvious that the US is lying about the extent of the damage inflicted upon its assets and infrastructure at the Ain al-Asad base.

No American media group or official Pentagon report initially released the satellite pictures shown in this report, and probably for good reason. To downplay the event (as Trump did in his official address, as did the Pentagon in its later report), they simply dismissed the damaged equipment, referring to the destroyed assets as simple "tents, a parking lot and a damaged helicopter" (per the Department of Defense).

The Iranian missile attack for the most part targeted Apache (AH-64) attack helicopter shelters (refer to Picture 1). Refer to Picture 3 and Picture 4 to see what those “tent”-like Apache steel-frame shelters look like at ground level. 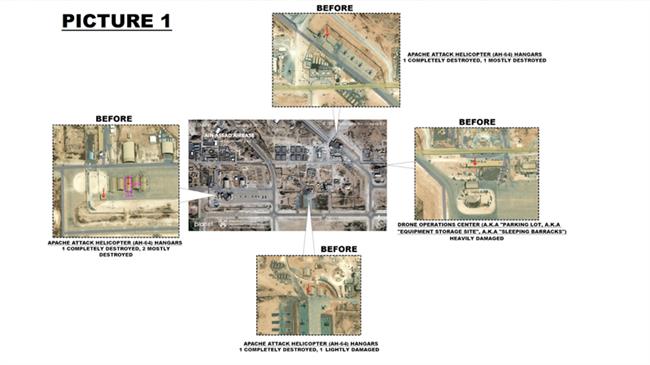 They are the standard steel-frame soft shelter design for US helicopter units based in overseas areas at second-rate airfields (such as the Ain al-Asad Base) – US helicopter units operating from old Afghan airfields are also housed in this kind of shelter design. Each one of those Apache attack helicopter shelters can house two such aircraft. With six structures of the type provably destroyed, demonstrated through the satellite images showing blackened scorch marks (suggesting assets inside them were destroyed with the shelter itself, refer to Picture 1) AND assuming each only had one Apache in them, it can be concluded that at least 6 Apache gunships were destroyed in the attack.

Recently, Danish media, citing a Danish coalition soldier who was present at the base at the time of the attack, admitted that multiple helicopters were destroyed to the point of being “split in half”.

Another Apache hangar (refer to Picture 2) was also directly struck, located to the far eastern end of the Ain al-Asad Base and destroyed. However, note that there is no scorch-blackened concrete underneath it, suggesting nothing was inside it that led to additional burning beyond the impact of the warhead itself. 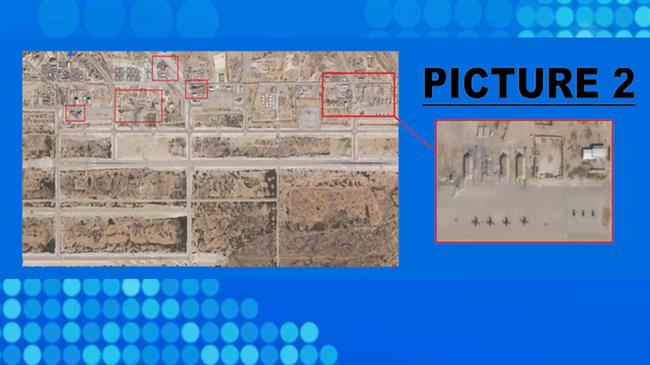 Indeed, just to the south of that destroyed hangar and the undamaged three hangars next to it, 4 Apache helicopters can be seen sitting out on the open tarmac. They were spared as they were, ironically, not being sheltered.

The official US story on the other structure targeted beyond the “tents” (i.e. Apache gunship hangars) has already changed twice – first it was called a parking lot, then an equipment storage area and now, apparently, a barracks for drone operators. Picture 1 (far right) shows the result of the attack on this structure.

It is hard to imagine that base zoning regulators within the US military would chose to place sleeping quarters right next to a strip alert (ready-to-go) aircraft parking area, itself right next to a major taxiway, given the constant noise that comes from these areas.

A more astute assessment would place this structure as an operations center, which lines up with the Iranian claim that the command site from which the Qassem Soleimani assassination operation had been coordinated, was targeted and destroyed in Iran’s retaliation strike. 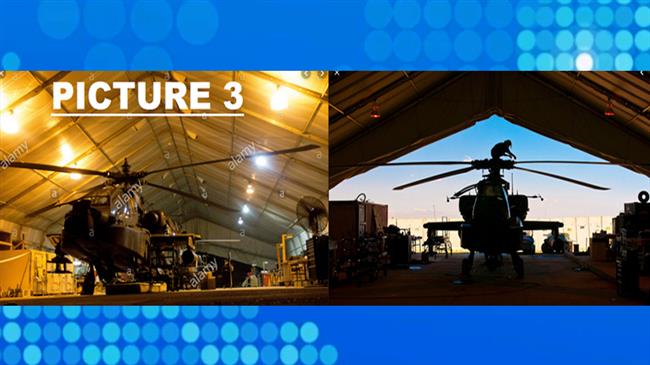 Indeed, AFP recently released an exclusive report in which a US drone operator present at the Ain al-Asad Airbase, one First Sergeant Wesley Kilpatrick, admitted that airborne drones were rendered inoperable after a direct hit penetrated the base’s UAV operations center and destroyed the fiber lines which connect remote stations to satellite communication equipment(needed for drone control and visuals).

In all of this, one thing is obvious. US officials and media are stumbling over their own statements trying to cover up the extent of the damage dealt to the US-operated section of the Ain al-Asad base – in fact, going so far to cease calling the military site a US airbase (as it had been called for the last 16 years) to (all of a sudden) just an “Iraqi facility”.

THE WEAPONS USED BY IRAN

Short-range ballistic missiles (SRBM) of the upgraded Fateh-313 (range 500 km) and Qiam (range 800 km) types were launched from Western Iran towards the US-operated Ain al-Asad Base in Iraq.

Fateh-313s represent the majority of the missile type used for the attack. Their accuracy still seems to have been to within a matter of meters of their intended targets, except for two stray shots that hit the open tarmac area. 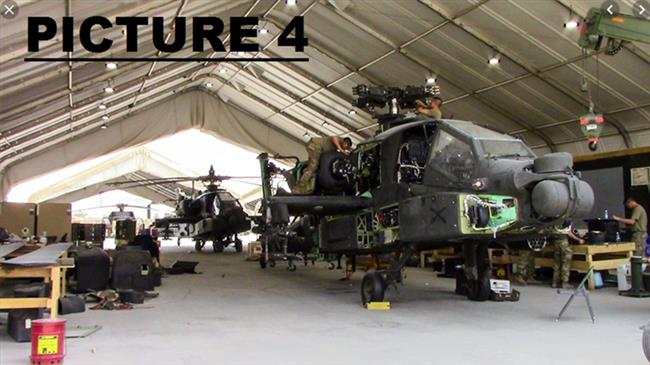 Whilst the Fateh-313 missiles use a combination of INS and electro-optical guidance, the Qiam missiles reportedly use a mix of INS, GPS and radar-mapping target acquisition. The latter method being the archaic predecessor version of DSMAC (imaging automatic target acquisition) terminal-phase guidance used in high-end ground-attack cruise missiles, such as the Tomahawk.

THE OPERATION –OTHER DETAILS

Initial reports from the Ain al-Asad Base claimed nearly 40 detonations in total despite the fact the number of actual warhead impacts was about fifteen, indicating that there were around two dozen cases of secondary explosions (fuel and ammo going off after being ignited).

In conclusion, according to the evidence we have available to us currently, there is no doubt that the United States has completely distorted the gravitude of Iran’s strikes. The mainstream media in the West have also seemingly refrained from acknowledging much of the damage, apart from on occasion.