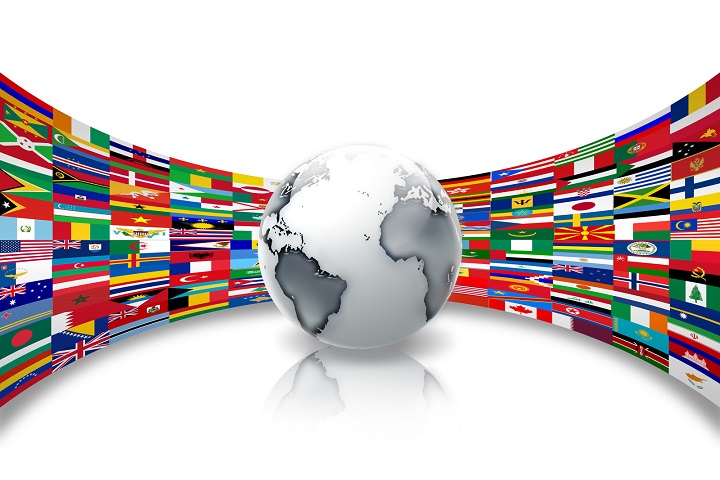 n the Iranian tradition, it is very common for any individual to use the pronoun ‘we’ to refer to him/herself. This is not a verbal or grammatical error, but an expression of respect for the society and the country’s collective culture. Singularity does not have an acceptable meaning on its own. Employing ‘I’ in communications with others gives an impression of egotism and individualism. On the contrary, the pronoun ‘we’ means setting aside personal identity and using social identity instead to introduce oneself. I started with pronouns to highlight the fact that the Iranian identity is far from being individualistic and pluralistic; neither is it similar to such Western concepts as “Air man,” “superstar” and “ego.” The Iranian identity has likewise nothing to do with a constant pursuit of “personal development” in the conscious and unconscious parts of mind. The collective nature of such self-identification in the Iranian culture has, of course, not led to the elimination of stars and heroes or to a lack of role models or super-humans. The history of Iran’s civilization attests to the fact that there has been an abundance of social symbols, but these symbols have served as a tool for individuals to move from absolute egocentricity to differentiative collectivity. In other words, the same feeling of communality has brought about collective convergence. The existence of super role models or mega humans — which work not to neutralize individual super humans but to depict the superlative forms of adjectives describing the role models such as the most moral, the most savant, the strongest, etc. — are the outcome of the society’s collective consciousness. This sense of communality goes as far as helping the society take control of its super role models.

The super role models do not have anything to do with lone wolves who move to beat everyone and wrest control of all the affairs like a superman. They are, in fact, the essence of the same communality, which is the fruit of collective efforts in the heart of the society.

This Iranian sense of communality — reflected in the individuals’ feeling of togetherness with others — is fostering unity between the individual and the society, which is, by the way, getting a boost today thanks to group communications on modern social media platforms. This sense of communality is not restricted to individuals; it is, in a broader context, reflective of all the historical and civilizational achievements throughout the history of Iran. There is no need to go into the details of how a country presents its social identity through language, traditions, general views and civilizational accomplishments depicted by the color of the national flag, architecture and art.

Amidst all these, I cannot keep my mind off the issue of civilizational accomplishments. A look at the history of Iran’s civilization shows the country has had the most efficient governments in promoting the culture and civilization as well as the strongest and most advanced of the armies as a fundamental basis for civilization and identity.

A mighty Army in the sphere of our identity Security-inducing, Sacrificial, invincible and advanced are adjectives that form the identity of the Army as the backbone of the civilizational ‘we.’ We are strong. We have a superior army. We have state-of-the-art missiles. We shattered the military power of the East and the West. We brought Iraq’s 1980s war to an end while preserving the geographical borders where they are. Thousands of us were martyred. We defeated Daesh and terrorism. No one can lay a finger on our security. We have kept other countries secure as well. We have shown the Persian Gulf powers and those who have claims to Iranian soil their place. The ‘we’ used as the subjects of the sentences above refer to Iran’s Armed Forces. The pronouns are authentic and positive in meaning and enjoy a solidity intertwined with Iran’s history.

Even so, in modern Islamic Iran, the functions of the Armed Forces are different from those of the armies that existed in the past. Despite standing in the world’s most insecure zone, Iran’s Armed Forces have made astonishing progress and successfully gained access to cutting-edge technology. This has, in fact, a dual function. To put it differently, the Islamic Revolution Guards Corps (IRGC), the Army and the Defense Ministry have managed to pave the ground for the country’s rejuvenation coupled with scientific development by mobilizing all people, facilities and resources. It would be hard to find anyone in the world today who has not heard of Iran’s military might, and this a source of pride any Iranian touches upon while introducing him/herself.

Let’s see how ‘we’ functions in practice in today’s information society that is interconnected. A number of Western states threaten Iran with military aggression. An Iranian Internet user calmly tells its foreign audience on his Facebook or Twitter page: “We” have a powerful army. “Our” missiles can easily destroy enemy bases across the region. The other side may reply: Your enemies are equipped with the most advanced anti-radar fighter jets. And the Iranian responds: “We” brought down the Beast of Kandahar and Triton — nicknames for two types of US drones shot down in Iranian airspace on the two occasions. All this bragging is rooted in the reliance of the Iranians’ social ‘we’ on the Armed Forces’ technological achievements and long history of braveries. The Armed Forces of our country have proved that their military claims are well founded and managed to elevate the Iranian identity besides fulfilling their organizational duties.

The points explained above are meant to shed light on the fact that developing a powerful army does not merely serve the country’s economic or security interests, but works also to enhance the national identity — at the educational level — in the world today. An Iranian identifies him/herself with his/her values. He/she relies on the very same social values to differentiate between the Iranian and other nationalities.

As long as Iran’s powerful Armed Forces sustain this role, they will not only safeguard the frontiers, but also contribute to the nation’s intellectual borders and communality. The strength of Iran’s Armed Forces has also another special characteristic, which is its popular nature at all levels and from the start to the end. This feature is not just restricted to battlefield forces and extends to all scientific-academic institutions, and the achievements of all these sectors will positively impact the next generations of the Islamic Revolution. As time moves forward, Iran continues to reduce military dependence and add to its achievements in the defense sector, forging stronger bonds between the national identity — which is, in itself, a source of power — and the society. This is the essence of the same ‘we’ that is the fruit of collective efforts in the society.