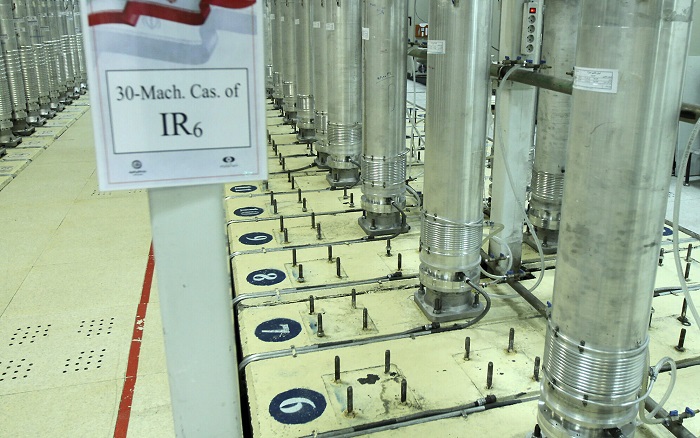 ne big question mark has long been facing the Iranians’ common sense: What are the roots of the West’s fierce determination to block Iran from having a nuclear program — even a peaceful one? Is it worth targeting the Iranian people with such a tough pressure campaign, including a large amount of threats and international sanctions, just for the sake of preventing the Islamic Republic from obtaining nuclear arms? This is while a superpower like the United States, for his own part, has made huge investments and left no stone unturned over the past two decades to throw a wrench in the exports of food and medicine to Iran.

If we choose not to view the West’s stepped-up pressure policy as a pretext for an all-out civilizational confrontation with the Iranian nation but as a mere tactic to stop Iran from achieving nukes, it is easy to conclude that it would have been worth for the opponents of Iran’s nuclear program to go out of their way to block Tehran’s nuclear path.

Since nuclear bombs are a military tool in nature and have superiority — on the surface — over other weapons, there is indeed strong reason to believe that the Westerners see nuclear armaments as an obstacle in the way of invading Iran. The Western states have, of course, a history of military aggression and genocide against the Iranian nation during World War I and II. Besides, they threw their weight behind the regime of ex-Iraqi dictator Saddam Hussein during the 1980s war in the massacre of Iranians, which took place via chemical bombs, another type of unconventional weapons. Now let’s look at Iran’s potential acquisition of nuclear bombs from the West’s point of view. Here is a simple but fundamental argument. The Westerners are in possession of both nuclear bombs and missiles. Uh-Oh! They could either attack us or supply those arms to the parties seeking to attack us. That is why we must mobilize to block such an assault. No reasoning — other than a game of words — can work to challenge such a clear-cut conclusion. All the existing protocols on the non-proliferation of nuclear arms and arms control initiatives have been designed as a non-military tool for the West to nip in the bud all the military threats it may face.

Ok then! If this viewpoint of the West is taken as the criterion for legitimacy, why should it not be considered appropriate for Iran as well? What is the guarantee that Iranian citizens can rest assured that the country’s northern, eastern and western neighbors as well as Israel, Europe, the US or even China and India would not launch a nuclear attack against their homeland, especially at a time when the Islamic Republic and its people — unlike the Western states — are witnessing insecurity, wars and real threats of terrorism and military action at their doorstep? How can the Iranians be certain that America would not opt to use the hundreds of nuclear warheads it keeps in store in neighboring Turkey, the UAE and on its aircraft carriers in the Persian Gulf and the Sea of Oman? It should be noted that America is a country with a terrible record of fabricated justifications and acts of aggression against other countries, a country with a huge military budget that cannot — or does not seek to — cease to enhance the military sector or keep it limited to within its own borders. Moreover, the Iranians, in their confrontation with the West, do not rely on mere illusions and possibilities as they painfully remember how more than 34 Western companies helped Saddam Hussein’s Iraq produce chemical weapons. Every Iranian believes today that it was, in fact, the US, France and Germany that staged a chemical attack against Iran though their proxy Saddam Hussein, then why wouldn’t they go for a nuclear one?

How can the Iranians enjoy peace amidst all the open threats surrounding them? When the Iranians are asked to live with all the menaces and not to possess nukes and missile, nothing comes to mind expect the idea that the Westerners are hell-bent on staging a large-scale military attack against the country.

But, above all that, it seems especially strange that the West has, in word and deed, pushed to make Iran develop a resolve to go for nuclear weapons

Are the Westerners imposing nukes on us?

Answering that question is not very important at a time when the West has unleashed, with full force, a pressure campaign against Iran. Everyone can see that! They want us to build nuclear bombs so they wouldn’t have to spend huge sums on military aggression. Such reasoning, however, sounds very stupid, but let’s be frank! The West has, through inaction and deception, blocked all the paths to a peaceful resolution of Iran’s nuclear issue. It has killed trust and lent all-out support to US President Donald Trump in his maximum sanctions policy against Iran. The Westerners have openly been pursuing regime change in Iran, and there is no need for a flashback to the many relevant comments made by American and European statesmen to cast light on the already overt policy.

What options are available to Iran in such circumstances? Letting go of the government and handing it over to another party favored by the West?

Firstly, supposing that the Islamic establishment surrenders power to a new government right now, such a government would quickly be toppled at the hands of the people given their history with the West over the past century. Meanwhile, none of the Western alternatives could fill the vacuum that would follow such a government change, pushing Iran into power-plays and a war of all against all similar to what is unfolding in Syria. This scenario would, of course, be very appealing to Iran’s regional and Western rivals. Such a power vacuum would set the stage for a military intervention in Iran — a situation the country experienced shortly after the Islamic Revolution in 1980, when the former Iraqi regime attacked Iran. It is thus a must — not a mere wise move — for anyone at the helm to strengthen national security.

Secondly, there is still no reason for Iran to give away its nuclear program even if no government change comes about and the country remains under tough economic sanctions and threats. In this situation, Iran keeps facing a security crisis amid threats of a limited or large-scale war. If the