US great gamble in Iraq on New Year’s Eve! 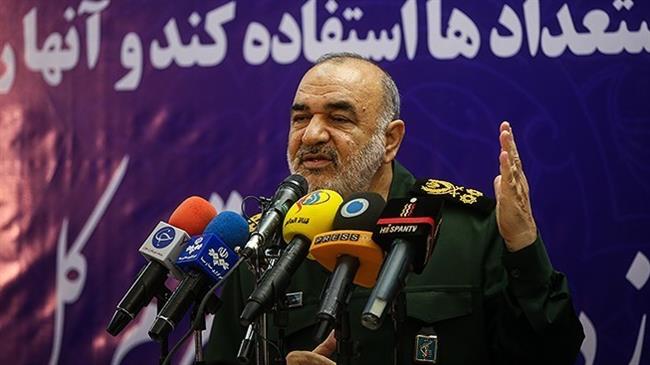 ran's Islamic Revolution Guards Corps says the strategic revenge that will follow the United States’ assassination of senior IRGC commander Lieutenant General Qassem Soleimani will surely end Washington’s regional presence. Major General Hossein Salami, the chief commander of the IRGC, which serves as Iran’s elite defense force, made the remarks to the Islamic Republic of Iran Broadcasting News agency on Saturday. “General Soleimani’s assassination is the beginning of the end of the US’s presence in the region,” Salami said. On Friday, US drones struck a convoy carrying Soleimani, the commander of the IRGC’s Quds Force, and Abu Mahdi al-Muhandis, the second-in-command of Iraq's Popular Mobilization Units (PMU) anti-terror group, on the Baghdad International Airport road.

General Soleimani would cooperate side by side with the PMU in the face of the most deadly terrorist outfits to ever afflict the region, including the Daesh Takfiri group. The Islamic Republic has denounced Soleimani’s assassination as “an act of state terrorism,” saying it belies Washington’s claim of fighting terrorism in the region. Tehran has said it reserves the right to respond in kind, and pledged not to abandon its contribution to regional counterterrorism efforts. 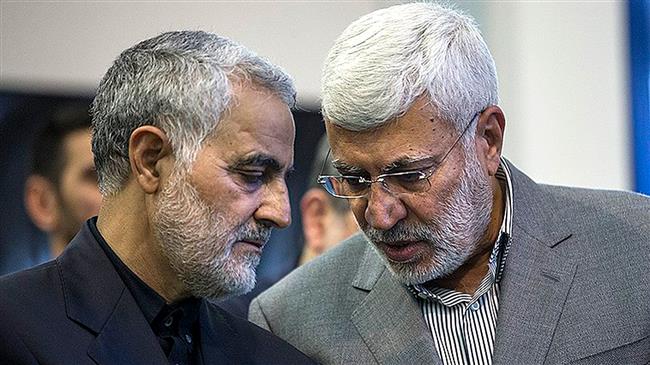 Salami said the assassination gave rise to such “vengeance and hatred” across the Muslim world that “naturally produced new energy for a struggle against the Americans not only on one spot, but on an extensive front.” The atrocity negated all of the US’s previous efforts at representing itself as a friend of nations and mobilizing free and independent regional nations against their ruling establishments. “Soleimani’ s assassination caused Washington's policy in the Islamic world to break down,” he said.

IRGC threatens US with ‘revolutionary fury’

The remarks were echoed by the IRGC’s Navy commander, who vowed a furious revenge. “We are prepared to exact a great revenge on the murderers, operatives, and supporters behind the atrocity, which witnessed the assassination of Lieutenant General Qassem Soleimani,” the IRGC Navy’s Commander Rear Admiral Alireza Tangsiri said in a statement carried by IRNA. “We are ready and cannot wait to visit the revolutionary fury of the Muslim world upon the [international] American and Zionist movement.” Tangsiri called Soleimani the symbol representing the struggle against terrorism, saying he had been assassinated by the “most ruthless people of the world.” Assassinating either Soleimani or any other members of the “zealous revolutionary movement, which has robustly taken form and planted root across the region” would not serve to eliminate the movement, he added. Martyrdom of any member of the movement would conversely inject new blood into its veins, the official said, predicting that the very movement would eventually exterminate the global arrogance and eradicate oppression, atrocity, and occupation throughout the region. Major General Yahya Rahim Safavi, a top military advisor to Leader of the Islamic Revolution Ayatollah Seyyed Ali Khamenei said since the assassination thousands of American forces had holed up in their hideouts, fearing reprisal by the regional resistance movement. “It is this very fear, which will pave the way for their defeat,” he noted, and said outraged by the assassination, the regional resistance movement and nations would face the Americans with “ignominious” expulsion. Former defense minister and the current head of the Supreme Sacred Defense University, Brigadier General Ahmad Vahidi also said the Americans naturally had to pay for the atrocity. “We are not after war, but will certainly seek restoration of our right and retribution.” Vahidi also commented on Ayatollah Khamenei’s appointment of Brigadier General Morteza Qa’ani to the position of the Quds Force’s commandership. He called Qa’ani the best choice for the position, and said the appointment served to send across the message that General Soleimani’s path will continue to be pursued strongly and uninterruptedly.