ran’s Navy has announced the mass production of the indigenously-designed and submarine-launched “Jask” cruise missile along with unveiling a handful of other military projects and technological achievements. Navy chief Rear Admiral Hossein Khanzadi announced the mass production of the Jask missile while visiting a Navy exhibition showcasing a number of the force’s recent achievements on Saturday. Khanzadi said all of the force’s submarines will be equipped with the weapon and that the missile’s current range will be improved “substantially” in the future. The commander added that the weapon, developed as part of the "Jask-2 project", will allow the Navy to hit targets across long ranges. The missile “will surely be a serious surprise for the enemy,” he said. Another project dubbed “Jask-3” is also under development, Khanzadi said. The project will allow a wider variety of missile capabilities to be used in submarines, he added.

Also on Saturday, five other military projects and achievements, comprising the sea-launched “Pelikan” drone, the “Sadaf-2” naval mine, the “Soren” positioning system, the “Balaban” guided bomb and the “Loqman” training vessel, were also unveiled. 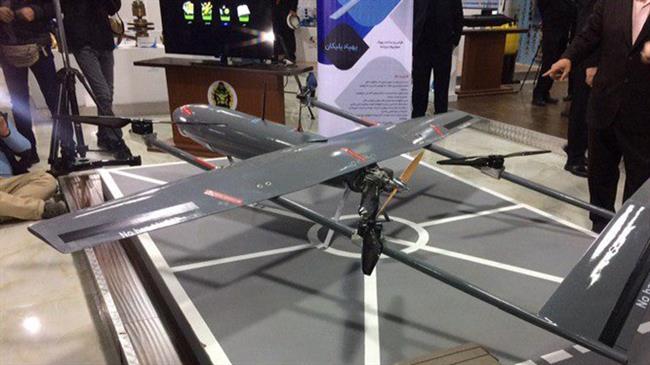 Among the unveiled projects, the Soren positioning system will allow Iranian submarines to obtain tracking information without using Global Positioning System (GPS) technology, while operating discreetly underwater. The Pelikan drone also incorporates four vertical-flight motors in order to allow the drone to take off and and vertically on military vessels in order to preform maritime patrol operations from ships.

Joint exercise with China and Russia

Speaking during the event, Khanzadi also said a joint naval exercise between Iran, Russia and China will be held in the Indian Ocean next month. He added that preparatory planning and agreements had been made in meetings last month between military representatives of the three countries. “The objective of such an exercise is obtaining collective security and assisting in securing the northern region of the Indian Ocean, which is today witness to certain incidents such as maritime piracy,” he said. The commander also added that his force faced “no limits” in sailing in international waters across the world, adding that the Iranian Navy was ready to visit “any port” which it is invited to, “be it in the Gulf of Mexico or [Gulf of] Finland” northwest of Russia.

Iran to respond to tanker attacks

Speaking separately on Saturday, Rear Admiral Mahmoud Mousavi, Iranian Army’s deputy commander, said that Iran will respond to elements behind terrorist attacks which have targeted its tankers in the Red Sea in the past months “in an appropriate time and location”. Mousavi added that Iran has documents indicating which elements have been behind the attacks, adding that Tehran will surely pursue the case through international organizations such as the United Nations and the International Maritime Organization. The remarks comes as a series of attacks have targeted Iranian tankers in the past months. Iran’s Happiness-1 faced “engine failure” off Jeddah on April 30 and was later transferred to the Saudi port city for maintenance. The Saudis initially refused to let the vessel go, demanding some $10 million in maintenance fees before releasing it on July 20. Iranian officials also said in August that another oil tanker, the Helm, faced a technical failure due to sabotage while passing through the Red Sea.